Nick Mason was one of the founding members of Pink Floyd.  Most people hear Pink Floyd and think of all of the album since Dark Side Of The Moon (DSOTM).  But Pink Floyd produced a number of great albums prior to DSOTM.  If you see a Roger Waters concert, he performs most of his songs from DSOTM on including his own songs.  Nick Mason has decided to perform songs from prior to DSOTM including a large number of Syd Barrett.  Syd Barrett was the original lead singer of Pink Floyd and one of the main song writers.  Syd left the band in 1968 and Dave Gilmour joined and took over lead vocals.

I first heard of Pink Floyd back in the late 60s when listening to a Detroit FM station.  This station would play songs never covered on AM top 40 stations.  They also would play full albums late at night.  The first Pink Floyd album I ever heard was A Saucerful of Secrets.  It was something totally different and I came to like this style of music.  With the wealth of songs from the early years available, Nick has created a set of songs that encompasses the first 7 albums.

They performed a number of songs that you rarely hear.  I had never heard “Vegetable Man” and Nick told us that it was written by Syd Barrett in 1967 but was never released on any of their albums until 2016 when they put together a compilation of songs from the early years.  They also played “Candy and a Currant Bun” which was only on the B-side of the “Arnold Layne” 45.  It was also added to the Early Years compilation album.

It was great to hear some of these rare gems that you normally never hear.  Some of these include “Arnold Layne”, Obscured by Clouds”, “Lucifer Sam” and “Bike”.  They also played the classic songs, “Echoes” and “Set the Controls for the Heart of the Sun”.

If you like the early years songs of Pink Floyd, then this is definitely a concert you need to see and experience.  Nick also told stories about Pink Floyd and the years when Syd Barrett was a member of the band.

This was the first event I got to see at Madison Center For The Arts.  This is a great little theatre that holds about 1000 people.  The sound system and lighting is great.  If you get a change to see an event at this venue you will really enjoy it.  You can find what upcoming events and dates on their website listed above. 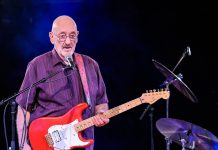 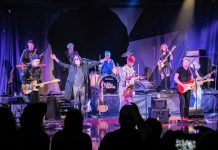 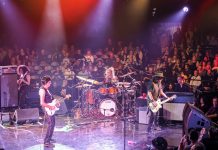 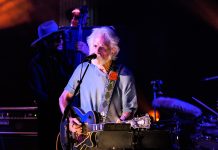 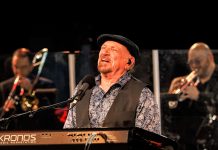 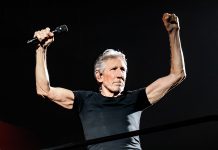 Roger Waters: This Is Not A Drill 2022 North American tour stopped in Glendale at Gila River Arena

Robert Cray is still playing (and singing) the blues after 40+...

The Gilmour Project is coming back to Celebrity Theatre on February...