I have been a fan of both Neal Morse and Mike Portnoy for many years.  Neal was originally in Spock’s Beard and later joined with Mike when they formed Transatlantic.  Mike Portnoy was the iconic drummer and co-founder of Dream Theater and since been in Sons of Apollo, The Winery Dogs, and Liquid Tension Experiment.  Neal and Mike finished up their North American tour of the Neal Morse Band’s, An Evening of Innocence and Danger celebrating the August 2021 release of their latest double album Innocence and Danger.  Neal and Mike were joined by bass player Randy George, guitarist Eric Gillette and keyboardist Bill Hubauer.  Together this team created the amazing Innocence and Danger album set.  As I indicted, the Neal Morse Band (NMB) is a Progressive Rock band that pushes boundaries, creates and performs ambitious, intricate and extraordinary rock music that moves, excites and inspires.

At first, we (the audience) were worried that they might cancel the show due to technical difficulties.  The band was still having issues during the sound check.  But the show went on and it was faultless from my perspective.

The venue was small (about 300 people) which was perfect.  We all felt like we were getting a private performance.  It was probably the best show I have seen so far this year (I am biased to Progressive Rock music).  The band was tight and seemed to have fun.  Neal was all over the stage when he was singing or playing either the acoustic or electric guitar.  Many times, Neal would come to the front of the stage and sing directly to members of the audience.  At one point Mike Portnoy throw one of his drum sticks across the stage to a roadie and the roadie throw it back.  Mike caught it and continued to play (video available on Mike’s Facebook page).

For the next 2 hours and 20 minutes we got a beautiful mix or music from 3 outstanding albums.  The first part of the show were songs from their new album Innocence & Danger.  Probably my favorite from this set was “Bird on a Wire”.  They also did a very nice cover of both Pink Floyd’s “Breathe” and Simon & Garfunkel ‘s “Bridge over Troubled Water” (actually on Innocence & Danger).

Throughout the show they had different videos playing in the background that added atmosphere to the show and music.  During their version of “Breathe”, they had the Pink Floyd prism with scattered light displayed behind them.

It is always great to see a group of musicians that perform well together.  At different points in the show, each member of the band got to perform to show their technical excellence of sometimes difficult musical arrangements which is typical of Progressive Rock music.  Overall, they blended very well together.  If you like their albums, then you will really enjoy them live.  They are one of those bands that are even better live.

If you get a chance to see NMB, I would highly recommend it.  For those in Europe, please check out their website to find dates and location of upcoming shows.  If you love Progressive Rock or extremely talented musicians that give their all for the fans, then I recommend you go see the NMB.

This was the last the last show of the US tour.  Next up for NMB is a European tour in May and June.  Neal will be doing a 2-night Transatlantic show on April 29th & 30th in Cross Plains, Tennessee featuring songs from The Whirlwind and The Absolute Universe albums.

Please check out NMB’s new double album, Innocence and Danger.  I believe that once you hear it, you to will become a fan.  You can checkout the Neal Morse band on either their website or Facebook page. 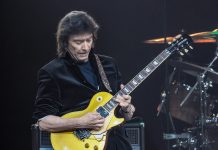 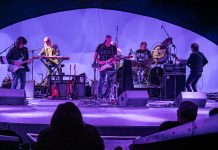 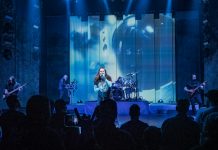 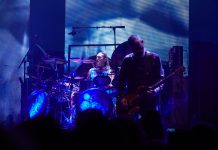 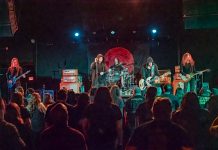 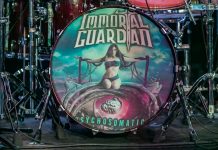 Night of crowd surfing at the Nile Theater with Miss May...