David Bowie was a trend setter and major musical influence in the 70s and 80s.  With his outstanding album, The Rise and Fall of Ziggy Stardust and the Spiders from Mars to his disco influenced album Let’s Dance, David captured the beat of the times.  Unfortunately we lost this amazing soul in 2016.

Concert will be held at Celebrity Theatre in Phoenix , Arizona on Sunday November 13th at 7:30PM.  Ticket information is available at https://www.etix.com/ticket/p/6685265/celebrating-david-bowie–phoenix-celebrity-theatre or the Celebrity Theatre box office. 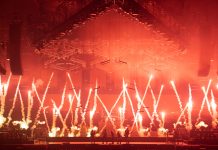