I feel like I should be reluctant to make this comparison, but I’m going to throw good sense out the window and make it anyway.   Gordon Lightfoot is the Bob Ross of music (If you don’t know who Bob Ross take a look at The Joy of Painting YouTube page).   I don’t mean that as any sort of criticism.  Just the opposite – I mean it emphatically as a compliment. Before you call me crazy or take offense, allow me to offer the following.

Lightfoot played in Scottsdale on June 24, 2017.  The concert was standing room only and the Showroom at Talking Stick Resort was a perfect venue for this show.  Lightfoot played the songs that the audience came to hear and the fans in attendance were appreciative throughout.  Lightfoot received several standing ovations throughout the evening including for Carefree Highway, If You Could Read My Mind and Sundown, three classics that clearly resonated with the audience.  If there were one word to describe the concert it would be familiarity.  The audience clearly had a longstanding familiarity and relationship with Lightfoot’s body of work as If You Could Read My Mind and Sundance were essentially sing-a-longs as the audience participated throughout.

That familiarity extended to the relationship between the fans and Lightfoot himself.  The intimacy of the Showroom allowed for give-and-take between the audience and Lightfoot with fans often yelling their individual appreciation and Lightfoot responding. That give and take extended to fan Annie Lazarus, who shouted her request for Song for a Winter’s Night several times during the show.

Lightfoot occasionally sings Song for a Winter’s Night at shows, but it did not appear to be originally included in this set list.  Lightfoot clearly heard Ms. Lazarus and obliged her by performing the song as an encore.  After the show I asked Ms. Lazarus why it meant so much to her to hear that particular song, to which she replied that the song “speaks to me in every way….It takes me back to when I was pregnant and it was winter and I listened to it over and over.  It’s just his most beautiful song ever.”  It was clear on Saturday night that everyone else in the room felt just as strongly as Ms. Lazarus does about Lightfoot’s music. 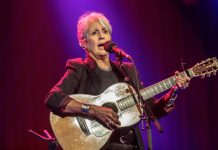 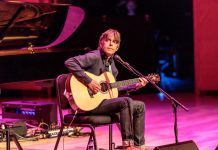 Eric Johnson Performs a Solo Concert at the MIM 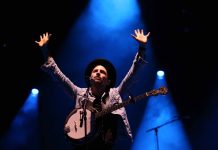 John Sebastian at the MIM: An Evening of Story Telling and Music